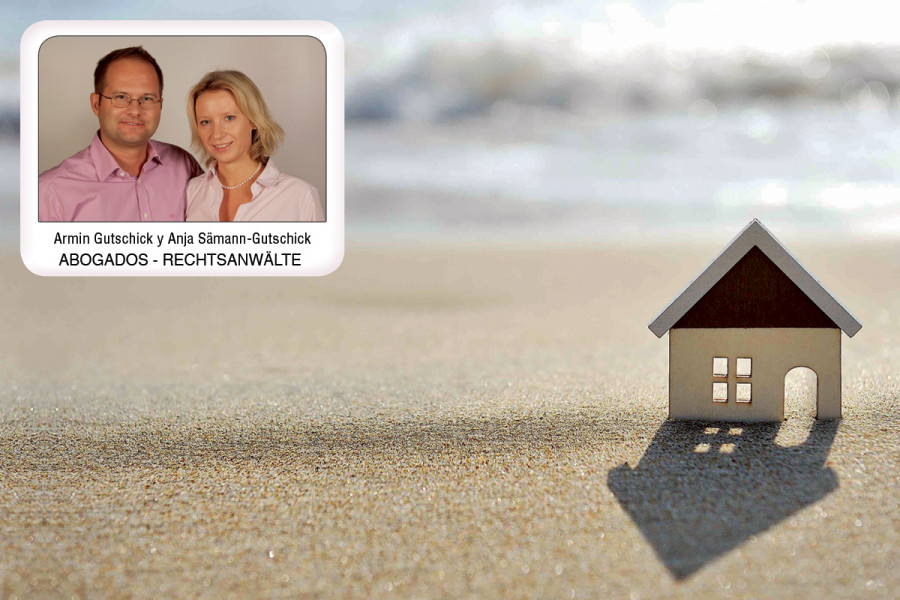 By Armin Gutschick y Anja Sämann-Gutschick
Whoever is renting a home in Ibiza should be up to date with Spanish rental legislation, not just when the end of the contract is approaching, but also when daily issues come up, such as the costs of a repair, an increase in the rent or the payment of additional expenses. The Urban Rental Law (Ley de Arrendamientos Urbanos) is from 1994, and was amended four years ago. Since June 2013, there are some novelties in Spain that intend to promote property rental and make it more flexible. Amongst others, the obligatory duration of rental contracts has been reduced from five to three years.

In Spain, it is not compulsory to formalize the rental contract, but for the sake of security you should insist in establishing a written contract. It is advisable to include in it not only the exact address and the surface in square metres of the property, but also its cadastral reference in the Property Registry.

There is no avoiding the payment of a deposit, which generally amounts to two months’ rent. This cannot be used to pay the rental, and thus the tenant cannot stop paying their rent two months before the contract expires in exchange for the deposit paid in the beginning.

Spanish legislation does not contemplate rentals for an indefinite period, as it would place an excessive limit on the property rights of the owner. Indefinite contracts are considered valid for one year. Since June 2013, long duration contracts expire after three years. If there is a tacit extension because neither tenant nor landlord have given notice of termination, the tenant will have the right to one more year. Whoever wants to end the contract during that extra year must respect the 30-day warning period established by law. Both landlord and tenant must irrefutably notify their intention to end the contract. That is why they should send the notification via a certified letter with acknowledgement of receipt or via burofax.

Contrary to most countries in central and Northern Europe, in Spain there is no diferentiation between the net rent, which is the price paid to use the property, and the gross rent, which is the rental price including additional costs. Here, every tenant pays their own water, gas and electricity consumption. A distinction must be made between these expenses and those that come about from the maintenance of gardens or pools, insurances, etc. The landlord can only pass those costs onto the tenant if it has been expressly agreed and included in the contract. This is also applicable to the property or council tax, which in Ibiza owners tend to pass on to their tenants.

Another point that needs to be clarified is the adjustment of the rent to inflation. The landlord can include in the contract a clause about the yearly rent increase, which will be carried out according to the variation of the Consumer Price Index (CPI) over the last year.

Any repairs that come up may cause potential conflicts. In Spain, there is a distinction made between the repairs that regard the maintenance of the property, which correspond to the tenant, and the ones that are required for its habitability, which correspond to the landlord. In practice, however, this distinction can be quite ambiguous. If, for example, the water heater breaks down, landlord and tenant will have to reach an agreement.

It is strongly advised that tenants do not discount such costs from the amount they pay for rent without agreeing it first with the landlord (they key word here is: rental reduction). According to Spanish law, the tenant has a right to compensation for damages, but if s/he unilaterally reduces the rent or stops paying it, s/he runs the risk of the landlord presenting an action for eviction and claiming, also, the owed rent. If the owner needs the property for their own use, they can recover it and terminate the contract in advance, as long as at least one year has gone by since the signing of the contract and s/he communicates the decision to the tenants with at least two months’ notice.