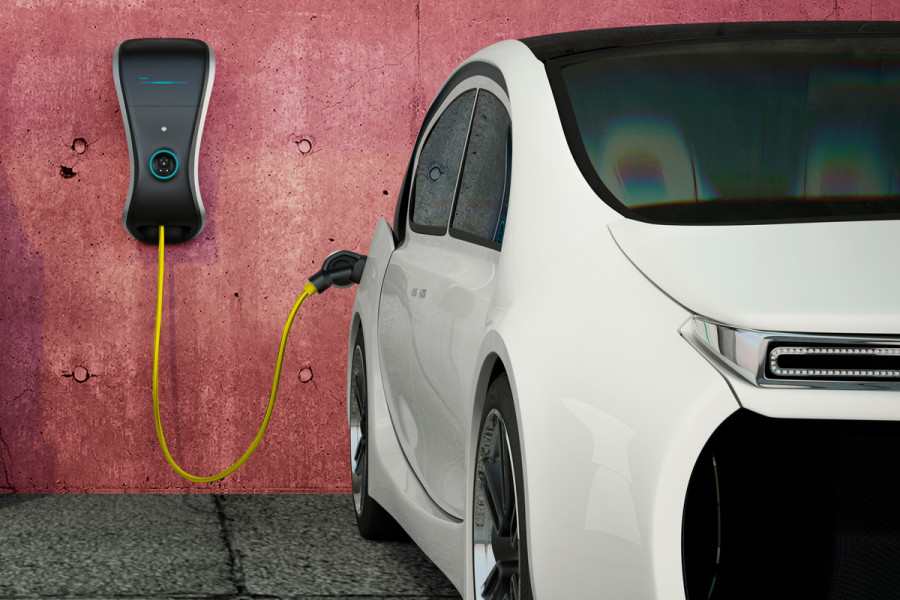 By Jinny Throup
It may surprise you to learn that electric cars were first produced back in the 1880s.They were a popular means of transport until the early 1900s when advances in the combustion engine and mass production of cheaper gasoline vehicles led to a decline in their use. Over a century later, we now find ourselves with a pressing need to reduce pollution and greenhouse gas emissions. Add to this the volatile pricing and dubious ethics of the oil industry, and electric vehicles (EVs) are again becoming the car of choice for an increasing number of people. Many governments around the world are offering incentives such as tax credits and subsidies in an effort to promote the use of electric cars. So is anything like that happening here on Ibiza? As a matter of fact, a particularly ambitious initiative is taking place right on our very doorstep.

Last year, the wheels were set in motion to make Ibiza’s sister island, Formentera, the first place in Europe to banish traditional cars and go all-electric. The local government’s tourism department took delivery of six ‘E-Mehari’ models donated by Citroën in a pilot program to increase the use of electric cars. At only 85 square kilometres, Formentera is the perfect place to experiment with going all-electric. Depending on the model, current electric cars have a range of between 150 km and 250 km before the battery needs to be re-charged. This means that you could drive around the entire perimeter of the island several times before needing to plug in again. Becoming all-electric would also provide a solution to the logistical challenges of getting petrol to Formentera, as oil tankers would no longer be needed. This looks both promising and possible on a small island like Formentera, but what about Ibiza? Are there any plans to encourage electric mobility here? Ibiza island resident and EV expert, Todd Kolod took the time to speak to Ibicasa about this… and it turns out that, while Ibiza has some way to go before catching up with Formentera, things are moving in the right direction. Our sister island already boasts 14 charging points, and this could well triple within the next two years, as hoteliers and businesses associated with tourism have been offered tax incentives to install chargers. Here on Ibiza there are presently a limited number of functioning charging points which can be found in Ibiza Town, Santa Eulalia and San Juan. However, plans are afoot to improve this situation. The Consell d’Eivissa will soon be installing eleven free charging stations in each of the five municipalities of the island. This service will be free because the charging stations will be powered by solar-panelled roofs, and will run entirely on the renewable energy of the sun. This will be a great improvement on the design of Ibiza’s existing charging points which are still getting their power from the electric grid which relies on fossil fuels.

Despite the current lack of charging points, there are already quite a number of electric vehicles on Ibiza including cars, motorcycles, scooters, and even a couple of electric-powered sailboats. Todd himself drives an electric scooter and explains that the driving experience of an EV is a little different from a conventional car. On the positive side, all electric vehicles have easy to use automatic transmissions and they also give powerful acceleration. In addition EVs are much quieter and smoother than conventional engines. This can be shocking to pedestrians because people are used to hearing cars coming towards them. However, with the EV there is almost no sound to warn them, so the drivers of EVs learn to take extra care in places like parking lots or ramps where there might be unwary pedestrians.

The main drawbacks of current EV technology involve battery life and charging convenience. As noted above, most EVs have an effective range of about 200 km before needing a charge. However, advances in battery design are coming online that increase the range while decreasing the weight. Re-charging the battery is pretty simple if you live in a house with a garage... just plug it in every day when you come home. However, if you do not have a garage, or you are away from home, then you will need to re-charge at a charging station. Currently it takes anywhere from 4 to 15 hours to completely charge a battery, and 30 minutes just to charge it enough to get home safely. This is a far cry from the convenience of filling you car with petrol in just a few minutes. Once again, technology is improving all the time with faster charging stations being developed. In the US Elon Musk’s Tesla company is tackling the challenge of having enough electric car charging stations with his usual enthusiasm. Tesla is building thousands of super powerful stations throughout the US, and will soon expand to the rest of the world. These will all be solar powered and will re-charge 10 times faster than current models. Another possible solution is ‘battery swapping’ where you can exchange your depleted battery for a fully charged one.

So driving an EV is becoming more practical every day. The government here on Ibiza is aware of this trend and are taking steps to encourage people to go electric. Owners of EVs on Ibiza can now get a card, free of charge, from their local council which allows them to use all the public charging points on the island. By the end of 2017 all 100% electric vehicles will be allowed to park in the “blue zones” for free. Moving forward, Todd hopes that rental companies will start offering electric cars. He says, “So far it’s only Ibiza Green Car with 10 cars, but if the bigger companies went electric, that would make a real difference.” An added advantage of expanded rentals of EVs would be that the used rental EVs could be sold to the public at the end of each season at an affordable price. This would greatly increase the number of EVs on Ibiza. In fact Todd has just purchased a used Renault Zoe from Ibiza Green Car, so maybe that is the beginning of a trend. Speaking of trends, Todd’s car is a 2014 model that has a range of 160 km, but the 2017 Renault Zoe can go 300 km before it needs to be re-charged. Todd is also keen to see public transportation go electric, and there are already electric buses being manufactured in Spain. Electric vehicles are definitely the wave of the future, and it’s happening here on Ibiza.

To find out more and to keep up to date with progress, you can visit Todd’s Facebook Page: Vehículos Eléctricos de Ibiza / Electric Vehicles of Ibiza. •