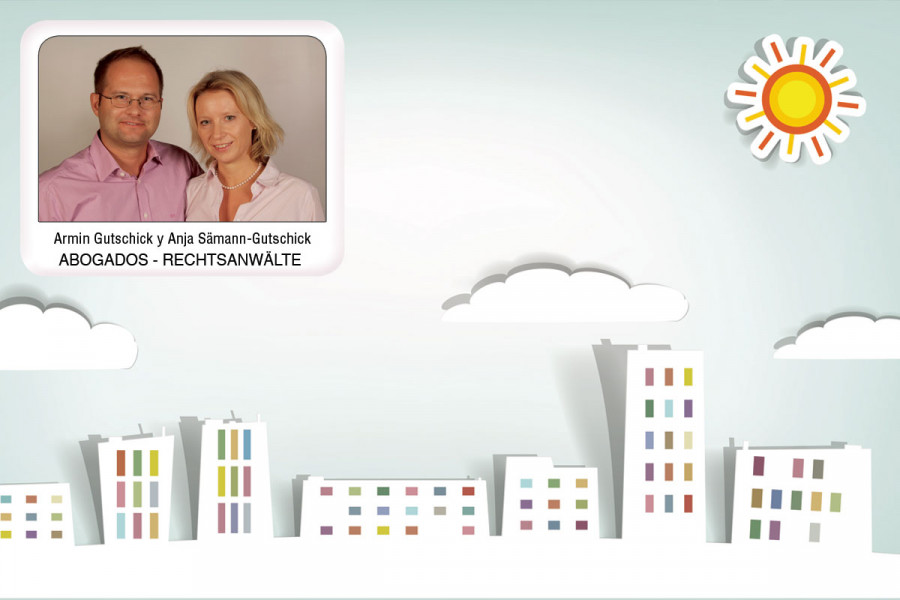 By Armin Gutschick y Anja Sämann-Gutschick
The members of an association of homeowners located in Ibiza will meet at least once a year at their annual general meeting to decide, amongst other things, on the income and expenses of the community. The president, who legally represents the homeowners’ association, is in charge of calling the meeting and directing it. Every owner has the right to participate in these meetings, but will not have the right to vote if they are not up to date with their due payments to the community. All members, even those with debts, are entitled to participate in the debates. The language used must be Spanish, unless all owners decide unanimously that they prefer to carry it out in another language. The agenda of the meeting generally includes the following points: welcome, checking the assistance of owners with a right to vote who are present or represented by someone else, a report from the president, decisions around expenses and income, election of the directing team, and questions or proposals from owners. The president must direct the meeting so as to guarantee its orderly development, ensuring that the points on the agenda are covered in a concise and objective manner, and that the decisions made are viable and will not be easily appealed in court. At these general meetings, the president is usually assisted by the administrator, the community’s lawyer and an interpreter. The administrator and the lawyer intervene to mediate when there is disagreement between owners in order to find solutions that are acceptable to the majority.

In order for the agreements of the meeting to be valid, they must be voted by a majority that depends on the type of issue that is being voted on. Modifying the statutes, for example, requires unanimity of votes, while other issues like approving the internal regulations of the community require a simple or qualified majority. The last two follow the principle of double majority, which is the majority of votes and also of coefficients (each individual property is awarded a coefficient that is registered at the Property Registry). The community secretary must draw up the minutes of the meeting, although in practice it is generally the administrator who takes on this task. The minutes must be written up in Spanish in order to be registered in the book of minutes. In communities with many foreign residents, minutes tend to be translated into English, German or French. The minutes will not reflect literally all the comments but instead aim to cover all the agreements reached. Minutes must include the following: date and place of the meeting, first or second call, the list of owners present or represented, the results of the voting processes (in favour, against and abstentions) and the exact content of the agreements. It is very important to literally transcribe the agreements of the meeting because otherwise there will be owners who will oppose the decisions and appeal them. An objection that is directed at the community administration is not legally valid. If an agreement goes against the statutes, the law or the general interests of the community they may be appealed in court. In order to initiate such an appeal, a lawyer must be hired for representation, and also it must be taken into account that the appeal timeframes are very short. •