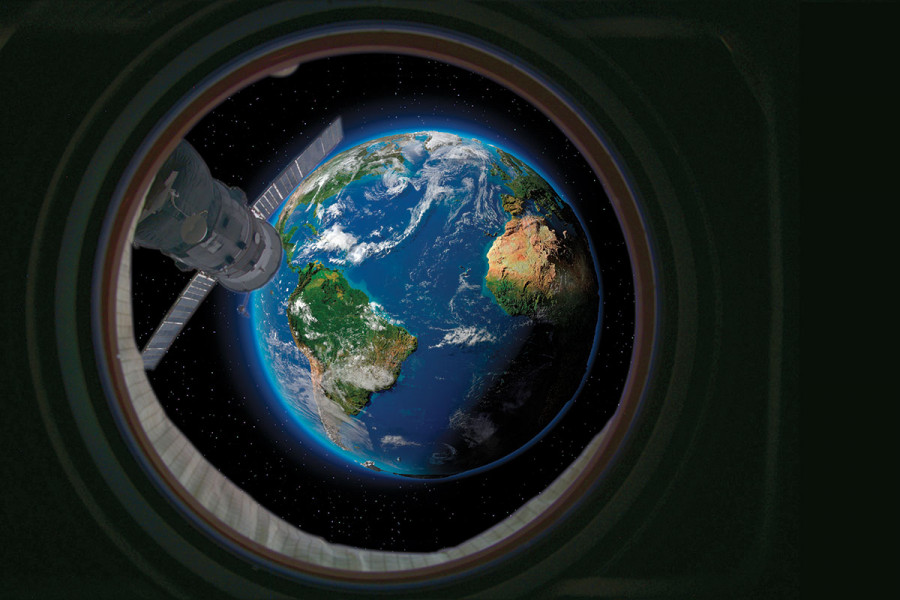 The science of consciousness

By Jerry Brownstein
In 1971, Edgar Mitchell was an astronaut on the Apollo 14 space mission, and he became the sixth man to walk on the moon. That was a truly amazing experience, but an even greater revelation came to him during his return trip to Earth. Peering out of the spacecraft he was transfixed by the view of our shining blue planet suspended in the vastness of space. He began to feel a profound inner knowing – a revelation that everything in the Universe was connected, and that we are all part of one greater consciousness. In his own words: “I absolutely knew that life in the Universe was not just an accident… this knowledge came to me directly.” Mitchell had been a trained engineer and scientist, yet this experience made him realize that the world is much more complex and mysterious than conventional science had led him to believe. He was convinced that the next frontier to explore was the uncharted territory of human consciousness, and that it contained amazing possibilities we had barely begun to imagine. Two years later he left the space program and founded the Institute of Noetic Sciences (IONS).

The word “Noetic” comes from the Greek word “nous”, which means intuitive mind or inner knowing. There are basically two different ways that we can know the world around us: objectively or subjectively. Science is focused exclusively on the physical material world which it explores solely through objective measurement and experimentation. But there are also subjective ways of knowing that are based on our inner experiences and feelings. These are essential parts of our human experience – things like love, lust, likes, dislikes, taste, beauty… everything that we sense and feel. All of these subjective experiences exist within our consciousness – they are very real and often profound, yet they cannot be measured by conventional science. For example, a mother absolutely knows that the love which she feels for her child is completely real… yet she cannot explain or prove this in an objective scientific way… it is an inner knowing… it is noetic. Noetic experiences touch every part of our lives, yet very little research had been done into exploring the ways that they influence the world around us. Edgar Mitchell’s inspiration was to bring the rigorous tools and techniques of the scientific method to the study of this inner way of knowing. His vision was, and is, to improve the world through a better understanding of the full range of human experiences – objective and subjective. For over forty years the scientists at IONS have been pursuing this vision by expanding our knowledge of the fundamental nature of consciousness. Their goal is to reveal the ways that our consciousness interacts with physical reality and to uncover the potential that this holds for transforming the world. Dean Radin is the Senior Scientist at IONS, and he has initiated and supervised countless experiments covering a wide range of noetic topics. This work has led to remarkable discoveries in the fields of healing, education and human potential. At the core of these projects is the search for proof that we are all connected to each other and to the world around us through consciousness. This is consistent with the ancient wisdom of mystics and sages who have spoken for centuries about a Field of Consciousness beyond the limitations of our physical material world – a Field that connects us to everything in the Universe. In recent years the leading edge of science has finally found proof of the existence of this Field… and IONS is already going one step further. They are in the process of a long term study that demonstrates the amazing way that our thoughts and emotions work through this Field to affect our physical reality. IONS has set up random event generators (REGs) in numerous locations around the world. These are sophisticated sensors which normally produce predictable results… but not always. When events like 9/11 and the Asian Tsunami happened these sensors went crazy. In fact every major event that has captured public attention has strongly effected these REGs. The reason is that when so many people have their attention focused on one event it literally changes the energy of the entire planet. Why is this important? Because this research at IONS, along with similar studies, clearly shows that concentrated human attention has a profound transformative effect on the energy that is the fundamental fabric of our Universe. These findings support the very essence of Edgar Mitchell’s vision – that our collective consciousness has the power to create a paradigm shift with the power to transform our world. All of the work at IONS is grounded in this notion – that a greater understanding of human consciousness holds the answers to the most pressing problems that face us as a global society – violence, inequality and the misuse of resources. IONS is at the forefront of a wave of global awareness – a wave that realizes that it is only through the evolution of consciousness that we can truly achieve the fair and just society that is our highest destiny.  This dedication to our human potential is at the heart of all that IONS stands for, and it is elegantly reflected in their purpose statement: “To help birth a new worldview that recognizes our basic interconnectedness and promotes the flourishing of life in all of its magnificent forms.”