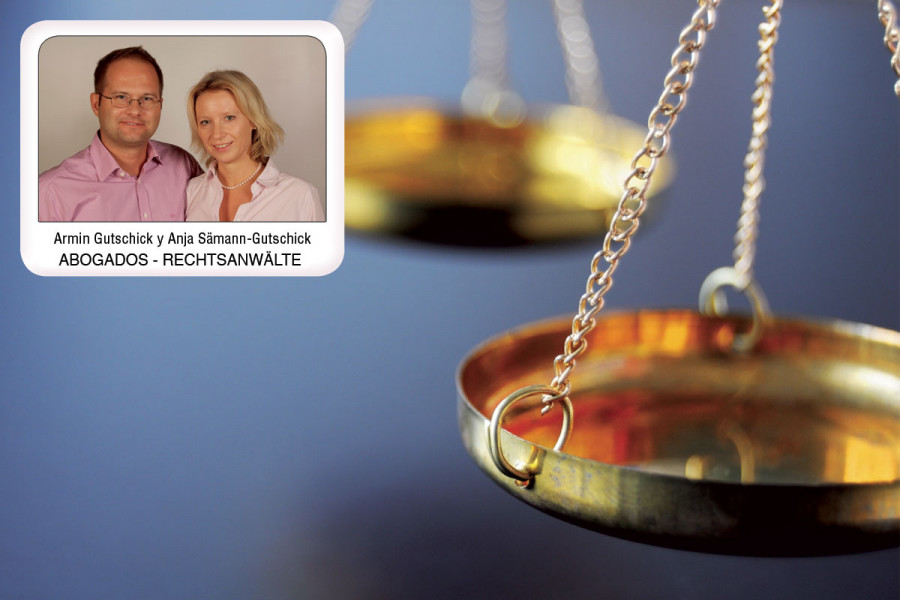 By Armin Gutschick & Anja Sämann-Gutschick
In August 2015, a new European inheritance regulation came into effect that will be applicable to all member countries with the exception of Denmark, the United Kingdom and Ireland. One of its key aspects will also affect EU citizens living in Ibiza. All people living in Spain that are nationals of a different country will need to choose the law to govern their inheritance and update their wills. Those who do not have permanent residency in Spain are not obliged to do so. In the past, EU citizens living in Spain would have probably sought the services of a notary or lawyer to draw up a will listing the provisions to be observed after their death. This summer however, with the entry into force of the new EU inheritance regulation, a major change has taken place: it will no longer be the inheritance law of the country of origin of the testator that will apply but rather that of the country where they held their last “habitual residence”. The concept of “habitual residence” will need to be interpreted case by case as it has no legal definition. In the case of the deceased having lived alternatively in Ibiza and Germany during the last years of their life, it will be considered to be the place to which they have the strongest professional or personal ties. In many cases, the circumstances will point to Ibiza as the “habitual residence” and in these instances Spanish inheritance law will now be applied, regardless of the presence of a will. In Spain there are a multitude of laws concerning inheritance that differ according to the autonomous community and territory. Inheritance law is therefore very different in Andalucia, Catalunia or the Balearics. As a general rule, Spanish laws state that inheritance can only be passed down to the descendants whilst the living spouse has the right to usufruct. Nevertheless, Ibiza and Formentera’s regional laws state that a living spouse will not have a right to that either. The testator can only dispose freely of a portion of his assets as the law reserves the majority of the inheritance for specific heirs, called obligatory heirs, whose rights cannot even be forfeited by a will. Luckily, the EU succession law allows the option to choose the law that will govern the inheritance, although this has to be a law to which the testator is clearly linked.

What does this mean in practice? Almost all EU residents living in Ibiza will have to state in their will the inheritance law to govern their succession in order to avoid Spanish law being applied. One must also take into consideration some aspects of the new tax law applied to Spanish inheritance. The less favourable treatment of non-residents in the matter of inheritance tax and gifts was legally abolished at the beginning of 2015. Since then, non-residents too have been able to benefit from the tax advantages of the inheritance and gift law as long as the inherited property in located the Balearic islands. First degree heirs (children and parents) will only pay 1% in inheritance tax and 7% in gift tax. Additionally, in the case where they paid undue inheritance tax, they are able to lodge a repayment claim with the relevant Tax Agency in Madrid. •