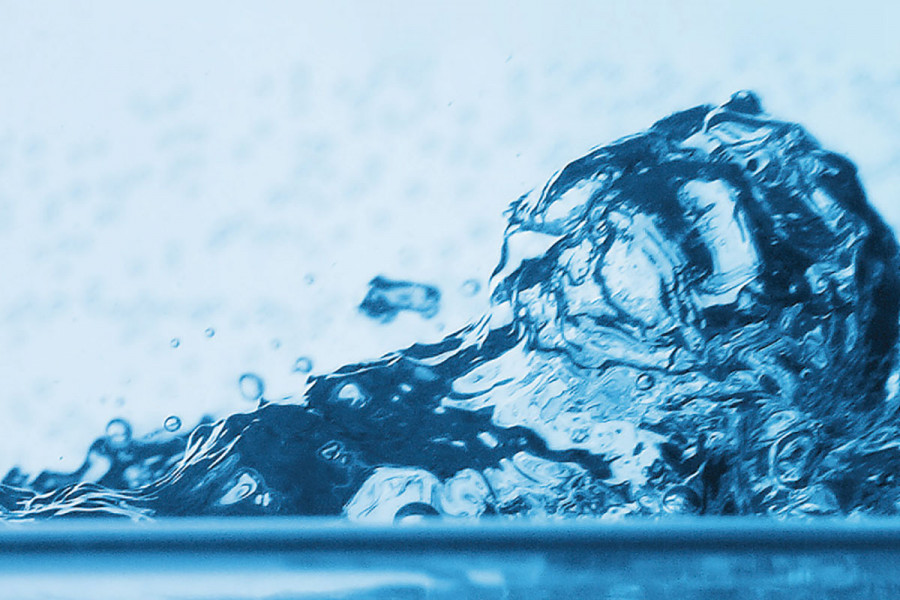 By Katherine Berry
Having enough fresh water has always been an issue here on this very dry island, but over the past decade the situation has reached a tipping point. You may think that the record rainfall which we had in early September provided all the water that we need, but as welcome as those rains were, they had little effect on the overall problem. To understand what has caused this situation to get so dire we need to look at both sides of the problem: the supply of water on Ibiza (where it comes from), and the consumption of water (how it is being used). In this article we will look primarily at the supply issues and what we can do to improve them. In the next edition of Ibicasa (15 December) we’ll go deeper into the problem of over-consumption and the steps we can take to make it sustainable.

Ibiza has two sources of fresh water: aquifers (underground lakes), and water produced through desalination plants. Let’s first look at the aquifers which are supplied by rainwater which seeps into the ground. There are 16 of these underground aquifers, and the level of water reserves in them is measured every two months by the Balearic Government. As you can see from the chart below the average of these water reserves has been consistently dropping over the past 10 years.

The high points on the graph correspond to the winter months when there is more rain and much lower consumption. This is when the aquifers replenish themselves. The low points are in the summer months when there is little precipitation, and consumption is at its peak due to tourism. Ibiza has historically recovered from its long dry seasons during the wetter, less busy autumn and winter. However, during the past decade greater consumption during the tourist season has depleted the aquifers to such an extent that the natural rainfall is not enough to refill them. In July 2014 the reserves had gone down to 24%, and this July they were at 23%.

Of course a reduction in peak consumption would help greatly to keep the aquifers more full – and we will look into that more closely in the December article. But there are also solutions that can greatly increase the amount of our supply. While it is true that Ibiza is relatively dry, we still receive a significant amount of rain each year. In fact, the average annual rainfall is about 420 litres per m², which means that Ibiza has a total rainfall of over 240 billion litres per year. To put that in perspective, an Olympic size swimming pool holds 2.5 million litres of water, so the annual rainfall on Ibiza would fill around 96,000 Olympic sized swimming pools. One of the big problems is that much of this rainwater runs off into the sea and never gets to the underground aquifers. Clearly we need to think about better ways to capture and use the rainwater we are wasting. The solution is to establish a coordinated rainwater management system using methods that have worked in California and other places. Channels can be constructed that direct the rainwater to storage tanks and reservoirs, or to places where it will easily go into the ground. Building regulations can make it mandatory to have rainwater collection facilities in all new construction. These and other sensible measures would preserve much more of our precious rainfall. However, demand may continue to rise so we must also look to other sources of water.

Being an island it makes sense to produce fresh water from the surrounding seawater through desalination treatment plants. There are two of these that are operational on Ibiza – one in San Antonio and another in Ibiza town. There is a third treatment plant in Santa Eulalia which was completed some time ago but it has never gone into operation due to ‘administrative delays’. So one of our three plants is not even working – for reasons that are mysterious to the general public. In addition, the two existing plants fluctuate in their operating capacity which is sometimes as low as 50%, but goes up to 100% at times in the summer. It would seem that this situation could be more efficient and beneficial if the proper amount of attention and resources were devoted to it. So the solution to the problem of water supply is not just to continuously increase it, but to look at ways to boost supply efficiency such as:
• Investing in measures to support all three desalination plants working at maximum efficiency.
• Repairing the pipe networks where water is being lost.
• Supplying towns through an extended pipe network from the desalination plants so that they draw less water from the aquifers.
• Capturing rainwater in tanks and reservoirs. Of course we must also consider the other side of the equation which is our consumption, and this we will do in the next edition. To give you a preview of just one area where this needs attention, let’s look at the huge amounts of water that swimming pools consume and waste. The average domestic swimming pool holds between 40,000 and 50,000 litres of water. Ibiza has over 10,000 of these pools, so at any given time they are holding about 500 million litres of water. One simple way to save a lot of water is to cover pools when they are not in use, because an uncovered pool loses about 55 litres of water per day in the hot summer months. In the next issue we will explore more of the ways that you can reduce your personal water consumption both at home and in the workplace. In the meantime, it’s a good idea to start being more aware of your water usage because each one of us is part of the solution to this complex situation. •

This article is based on a large study published in August 2015, that was funded by the Ibiza Preservation Fund (IPF). This article was written by Katherine Berry, who in addition to her profession as an acupuncturist, is an IPF volunteer working to raise awareness about the water problems on Ibiza. More information can be found on the web site of the IPF.