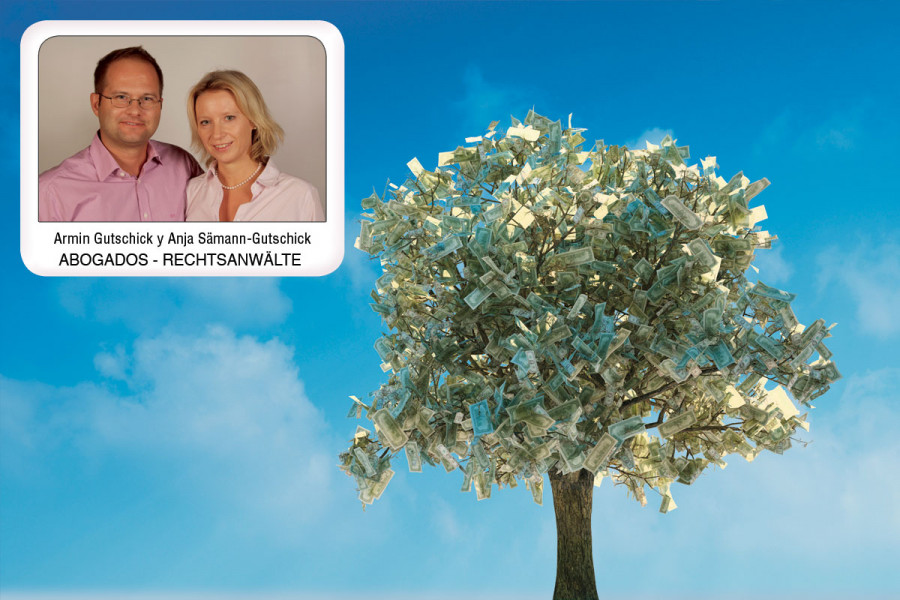 HOW TO RECLAIM A DEBT IN SPAIN

By Armin Gutschick y Anja Sämann-Gutschick
It would be best for a creditor in Spain to attempt an out-of-court settlement to retrieve a debt as trials in court can be long, complicated and costly. Because of this, 90% of disputes are settled out of court and only in 10% of cases is the intervention of the courts necessary.

The first step in reaching an out-of-court settlement would be for the creditor to send the debtor a formal requirement for payment of arrears, allowing a reasonable repayment time limit. The payment request is made either by registered mail or via burofax, a fast and safe service that certifies the dispatch and content of documents. If the debtor doesn’t pay his debt within this time, he will default on arrears.

In the cases when it is necessary for a claim to be taken to the courts, the Code of Civil Procedure offers an accelerated small claims process, the “Monitorio procedure”, used before entering into normal judicial proceedings. This streamline process can be used to claim monetary debts of less than 30,000€ so long as the debt is overdue and payable. The petition, which must state the amount claimed, must be presented to the court of the defendant’s domicile and must be supported by the correct documents such as orders signed by the debtor, invoices, delivery notes or any other documentary evidence which demonstrates the existence of the debt. Although it is not necessary to attend court with a lawyer for the “Monitorio procedure”, as a rule of thumb, a lawyer will usually simplify proceedings for the petitioner beginning with the judgements by the competent court and formalising the complaint in front of the court. If the lawsuit complies with all the necessary formalities, the court will give the debtor 20 days to pay the debt or to challenge it.
If the debtor opposes the debt claim, the court will end the “Monitorio procedure” and the issue will be settled in ordinary court proceedings. In the absence of a defence, the judge will order the execution of the debt. It is not possible to appeal this judgement. In our experience, “Monitorio procedures” are usually very effective in debt disputes and only a small percentage of them lead to ordinary proceedings. If ultimately it is necessary to file a lawsuit to claim the debt, the only way to do so is by entering into normal judicial proceedings. Original copies of all the main documents must to be submitted and the lawyer in charge of the case can make use of procedural powers granted with prior authority by a Spanish notary. The duration of the process varies considerably from court to court, even within the same province. In any case, the process should be expected to last at least one or two years.

After having been abolished for a number of years, court fees were reinstated two years ago for the majority of procedures. However, recently they were eliminated once again for individuals (from March 2015). Lawyers charge according to the amount of the lawsuit, with minimum fees established by bar associations. On top of the cost of the lawyer, there is also the cost of the prosecutor who, in accordance with the Code of Civil Procedure, files the complaint to be signed by both himself and the lawyer. As well as submitting the pleading made by the lawyer, he also deals with any summons and any notices issued by the courtroom.
In summary, it can be said that a creditor should attempt to reach an out-of-court settlement to recover debts before reclaiming them through means of legal action. The “Monitorio procedure” is convenient especially when dealing with smaller debts which would incur excessive costs if dealt with in court. It is highly advisable to use the services of a lawyer for the “Monitorio procedure” as they will be familiar with the strict requirements of the initial stages of the process as well as those of the conventional legal procedures which the claim may turn to eventually.