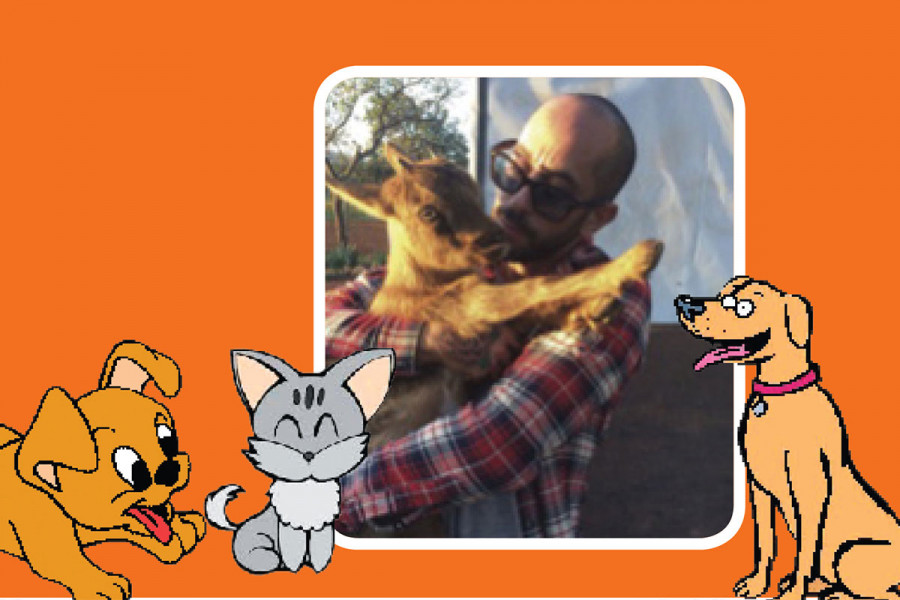 Abraham Barroso’s passion for helping animals started in his childhood, and over the last 18 months he has made his dream come true. “At a certain point in my life, I decided that I wanted to do what I loved most and I started to train dogs”, he explains. That is how Mojis Escuela Canina emerged, which is a home for abandoned animals named after his most beloved dog. “It is not a dog school as such, as I have taken it towards the idea of an animal sanctuary in Ibiza, which better defines what it is. What started as a dog school has evolved into what Abraham calls, “a peaceful place for animals where they come to be healed and to get ready to be adopted by other people.”
Abraham is a 35-year old from Madrid who decided to change the capital of Spain for the island six years ago. He came to Ibiza in order to relate with animals in the way he wished to. In fact, he lives in a country house between Sant Carles and Sant Joan along with his 35 dogs and 50 cats who roam freely, as well as eleven pigs, goats, chickens and even a horse. They all live together and that is what makes it so different. “This is not (just) a dog shelter nor a dog home”, he specifies.

The members of his big family are constantly changing. In a year and a half 70 dogs, cats and horses have been adopted. Abraham loves to go to the Sa Coma Animal Shelter and rescue dogs, generally choosing the neediest. This is an expensive hobby as, for each animal he rescues, he must pay the corresponding municipal tax. The fact that he lives in the countryside makes it easier to maintain the animals, as he explains: “I make the most of what nature has to offer to feed them. There are trees that give fruits, and I also sow and harvest. The cost of maintaining the animals drops a lot when their conditions improve. I also have the help of some veterinarians.” In addition to Sa Coma, he works with other charitable institutions on the island. He takes the animals to visit elderly people with Alzheimer’s and goes to hospitals. Abraham feels that the most beautiful thing is that these animals can show people that, even though they themselves were abandoned, they are able to help them.

Abraham works in a restaurant and he always starts his day at eight in the morning so that everything is ready before he goes to work. He often has to say no to taking in some animals, and others never adapt to their new environment. “Some animals are more sensitive and I cannot give them what they need. When you have 35 dogs, you cannot give them 15 minutes of love each every day.” He does not judge people who abandon animals, “I am here to rescue their dogs, not to judge the reasons for them being abandoned.” However, there are stories with a happy ending, such as a paralysed Doberman that a couple left when they had a baby. “They have taken her on again as they have realised they could not live without her.” Abraham is making his dream come true, but his long-term aim is for the wellbeing of the animals to be less of an effort than it is now. “There is a lot of work to do every day. There is pain also because sometimes we lose animals and some days I just cannot keep up with the work.” In spite of it all, he says he is in a process of personal growth. “This is what I want to have, not a dog shelter but a peaceful home in which animals can communicate. It is not all rosy pink, but this is my dream and my refuge. I cannot imagine doing anything else in life”.

Maintaining these animals is quite expensive, and his work in the restaurant and as a dog trainer is not enough to cover it. “This summer a lot of people appeared who helped me financially and that is how I’ve grown”, he says. He also organises charity events with other associations to raise funds.  If you are interested in helping him there is information about giving donations below. •