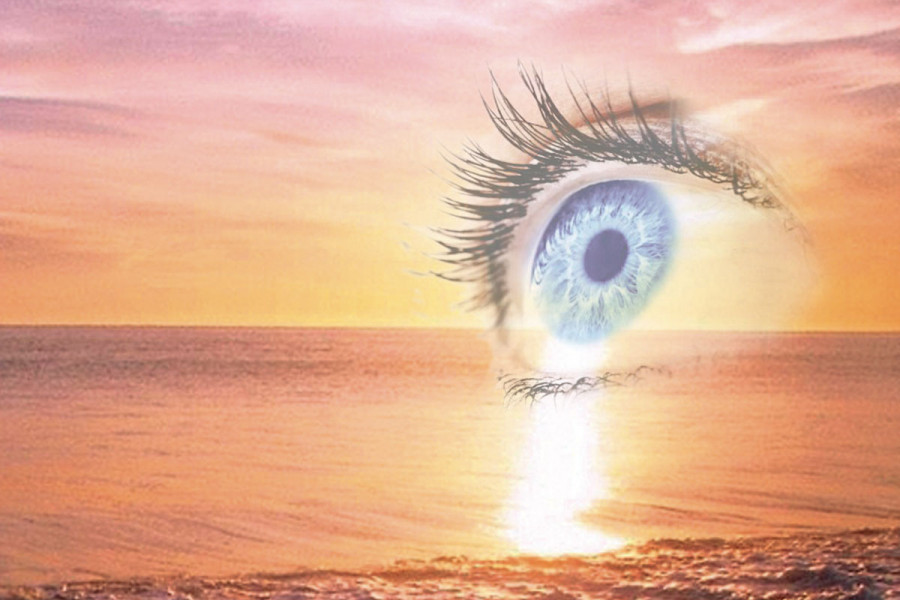 A Focus on: Optica La Mar

By Cat Weisweiller
Georg Seidel was born in Aachen, Germany, in 1960. Just four months later, his parents whisked him off to Bangkok, where his father worked as an optical industrial developer. It is only when Georg was 10 that the family unit moved back to Germany; this time to Stuttgart, where his father bought into the big optician chain: Optic Schneider. In essence, the optical world is all Georg ever knew growing up. The defining moment came when Georg was around 13 and went into his father’s shop to find one of the clients sobbing. It turned out that his father had masterfully developed a very sophisticated lens that, against all odds, afforded the man the return of his sight. This moment had such an impact on Georg that he decided, there and then, that he was going to be an optician like his father.

True to his word, whenever the opportunity arose he would be ensconced in his father’s lens-fitting workshop: “The big boys showed me everything!” As soon as he could, he worked after school and at weekends to earn himself some pennies and
really grasp the trade. This naturally led him to undertaking full college training from which he emerged, aged 23, as a fully qualified optician. Soon after, his father sent him to Japan for a year, fundamentally to extend his optical knowledge. However, it is here that Georg was courted by a second passion: windsurfing. For the next decade or so he divided his life between windsurfing in season, and working as an optician off season. His first year, living and training with his mentor, he learned the fundamental discipline and honour attached to business in Japan, and the overriding ethos that work is not just a job, it’s a way of life. He remembers with amusement, “At the time, it wasn’t so usual to encounter Westerners in that trade. It took me a while to adjust to treating smaller eyes, and I was known by intrigued customers as the man with ‘big’ eyes!” This cultural diversity came at another price too: “I was homesick, these were the days when mobile phones and email didn’t yet exist, so contact with home was sparse.”

However, it wasn’t long before Georg’s windsurfing career provided him with the distraction he needed. He worked at the Robinson Club as a windsurfing instructor all over the world for years, performance tested surf boards in South Africa for F2, and did the international race circuit – not least acquiring the title of 2nd Euro Master. It is only when he won his last race in the Red Sea that a new reality dawned on him: “I was in my mid-30s, which is getting on by windsurf standards. I wanted to quit whilst I was at the peak of my performance. It was time for me to make room for the next generation, and return to my ‘day’ job full-time.” And so it came to be that Georg returned to Stuttgart to work in his father’s shop in the mid-90s, and later moved on to Munich. By 1998, as Georg approached 38, he was distinctly missing being near the sea, until one fateful day that he spotted an advert for a shop for sale in the Balearics. He responded to the advert, and enquired about the weather, “Don’t come, there’s so much wind here,” came the response. Needless to say, Georg flew out the same day, windsurf in hand! It took very little persuasion to take on Optica La Mar, previously owned by a German optician, and slap bang on the seaside promenade of Santa Eulària. With a little help from his father, he settled the previous debts on the business and opened immediately, refurbishing it to its present-day glory as he went along. In 2003, he met his Spanish partner, Julia, who brought to the relationship one daughter, who was soon joined by two more siblings.

To this day, the same professional ethos he absorbed in Japan has remained with Georg, bringing with it a regular faithful clientele: “People from all over the world keep coming back. They wait until their next trip over here to see to their optical needs. It fills me up.” Just as his father did, he believes in going the extra mile. To him, his customers are more than just clients, all drawn by his imitable skill of investing in them as people; by remembering their names and life stories. He also prides himself on his meticulous rotation of gadgetry – changing all eye testing machinery and lens care machines every two years, and fanatically keeping up with the latest technological trends. His newest addition to his battalion is a TOPCON Maestro 3D Optical Coherence Tomography (OCT) machine. Acquired at the end of last year, it was the first to grace Europe, and is still the only one of its kind in Ibiza. The machine generates magnified, coloured, high-resolution imaging of the back of the eye – all designed to identify a variety of complaints including glaucoma, macular degeneration and retina damage at their earliest stages; in some cases, even identifying a potential risk three years ahead of time. Included in the price is a certified written report from eye specialists in Barcelona, who examine the data online. “The eye is a micro world in one little round ball. Once the balance is out on one little thing, it can have a fatal chain reaction. The 3D OCT machine offers the security of a full pre-emptive eye health check, without the anxiety of long waits for results.”

What starts out as a small hole or tear in the retina, for instance, can develop into retinal detachment, which can ultimately lead to loss of sight. However, the good news is that providing these things are caught early, many of them can be dealt with with simple injections or mineral supplements. Georg, who often takes on private referrals too, keeps the price intentionally accessible: “Our main motivation is that, just as with anything health related, prevention is always better than cure.” •