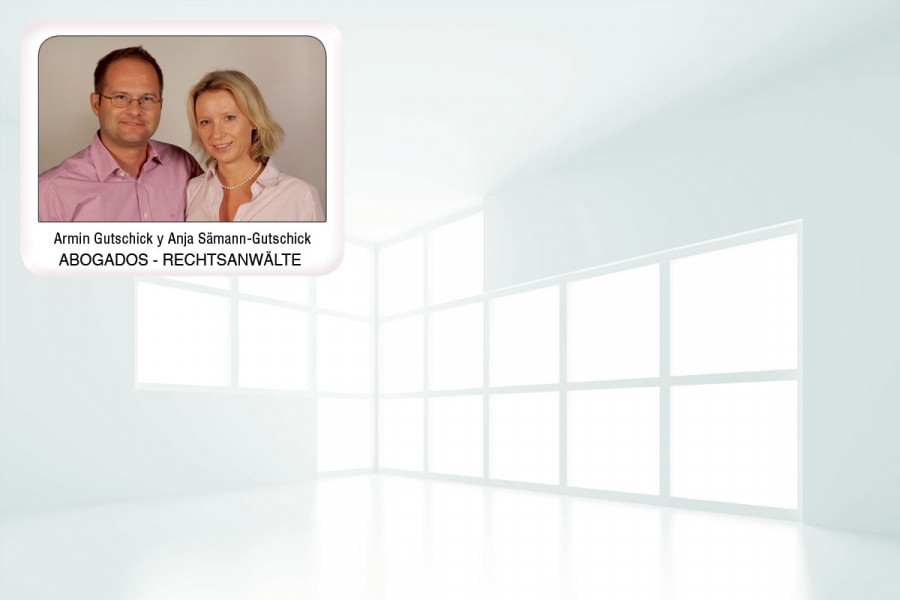 By Anja Sämann-Gutschick & Armin Gutschick
As opposed to other European countries, the purchase of property in Spain is legally valid even if it has not been recorded at the Property Registry, which means the deal could be sealed pretty much with a handshake. In practice, the purchase is usually secured by means of a private buy-sell contract, which offers the advantage to both parties of setting out agreements that are legally binding. However, a public deed must be issued, that is, a contract must be authorized by a notary, in order to record the purchase at the Property Registry. Only in this way can the buyer be sure that no rights – real or not – can be claimed by any third party.

In Spanish Law, the concept of a “draft contract” is not defined by law and could refer to a promise to purchase and sale contract, a purchase option agreement or a purchase deposit.

1. It is very frequent to also agree upon the deposit (“arras”) when signing a buy-sell contract for a property. There are different types and they are defined as follows:

- A type of security deposit called “arras penitenciales” is conceived as a sanction and that offers both parties the right to relinquish the contract if they so wish. If the buyer ceases to be interested in the purchase, or does not pay the remaining amount, s/he will lose the deposit paid in advance. On the other hand, if the seller wishes to step out of the sale, for example because s/he has received a higher offer, s/he can cancel the contract by giving the other party double the amount received as deposit (see Article 1454 of the Civil Code).

- A confirmatory deposit known as “arras confirmatorias” expresses the fact that the private contract is binding and neither party can exempt themselves from the commitment they have entered. Making a first payment when the contract is signed means that they buyer has the firm intent of fulfilling the contract and confirms it by handing over the deposit. This type of deposit is called in Spanish “señal” or “paga y señal” and is generally given as a first payment or advance.

- A penal deposit called “arras penales” implies a sanction and has a similar function to a contractual sanction.
When a contract that involves a deposit does not clearly define the precise type of deposit, it is very likely that this contract has been issued without due care and without appropriate advice. In most of these cases, the buyer or seller is anxious to close at that precise moment a deal that seems perfect. If the parties later wish to withdraw from the contract, they may have to face significant problems.

2. If the draft contract is for a purchase and sale, by principle the seller is obliged to sell while the buyer is not obliged to buy. Generally, 10% of the total price of the sale is paid for this option, which leaves the seller with the obligation to sell the property within an agreed timeframe, for the agreed price, and to no-one other than the buyer. The buyer however has the possibility of stepping out of the deal if s/he wishes.

A promise to purchase and sale is a preparatory legal transaction or a pre-contract through which the parties establish the contractual objective and the purchase and sale price, without establishing themselves as definite buyer or seller.

In practice, the legal figure of such a contract is pretty vague, as the limits between this and a definite buy-sell contract are not clearly defined. It is not uncommon for either the buyer or the seller to have to take their claims to court. Bearing all of this in mind, if you are interested in buying a property, you would do well to seek advice from a lawyer before you sign a document that is defined as “contrato de promesa de compraventa”, “precontrato” or “reserva” if you wish to avoid the risk of signing a buy-sell contract with legal enforceability. •