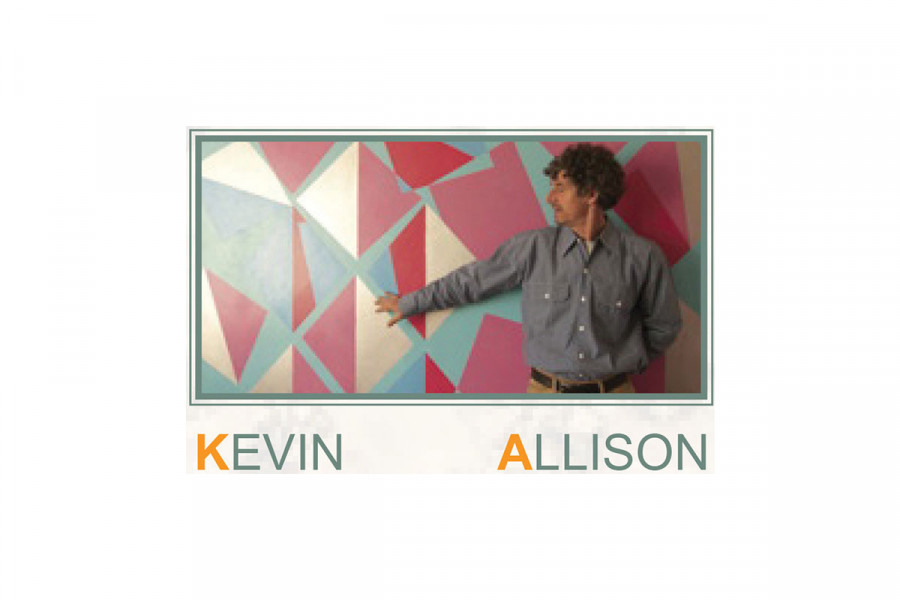 By Cat Weisweiller
There is no doubt that Ibiza is heralded as a benchmark in interior and exterior design. With this mightily ingrained reputation comes a near-on obsessive need to strive for the latest design fads in and around our homes and commercial spaces. For a long time now, stark minimalistic design has undoubtedly taken a lead – leaving in its wake a renewed longing for a splash of colour and visual stimulus in our living environments. But can we really have the best of both worlds? Namely, find striking – and at times downright daring – solutions that still sit comfortably against the white sprawling backdrop of minimalist design? The answer, when left in the hands of architectural artist, Kevin Allison, is a definitive yes.

Kevin was born in Montreal, Canada, in 1956. Shortly afterwards, his family moved to Cambridge, UK. After attaining a fine arts degree at London’s Camberwell School of Art, Kevin dedicated his first 10 years in the artistic realms to painting – exhibiting in Britain’s very best art establishments, including the Royal Academy of Arts in London’s Piccadilly. His time spent amongst some of the world’s greatest artistic masterpieces helped him identify the value of bringing some of this same creative finesse into interior design finishes. Hence his business fusing interior décor with fine and contemporary art themes was born. Sprawled across countless homes and commercial spaces – whether their foundations be Venetian plaster, stucco, polished cement or plain old plasterboard – is Kevin’s masterful layering of pure pigments, waxes, oil paints and even traditional house paint. Perhaps the real appeal of Kevin’s variable work is that for a price far lower and dimensions far greater than offered by a masterpiece on canvas, an art enthusiast can enjoy a personalised piece of art tailored to their specific living/working environment and tastes – taking the concept of feature walls and statement wallpaper to a whole new level. As a long-term devotee of Ibiza, Kevin has now taken to dividing his time between England and here, feeling that this is the perfect time to inject “a bit of the metropolis” into our residential and commercial spaces.

I, for one, have moved from favouring sparse minimalist design over all other, to almost spurning it. Such, maybe, is the great luxury we all share in being immersed in it in such generous measures here in Ibiza. Many would agree that Kevin, with his rich colour palette and the offer of vibrant alternatives to stonework, textured walls, tiles and wallpaper, is a very welcome and timely addition to the island’s interior design force. •