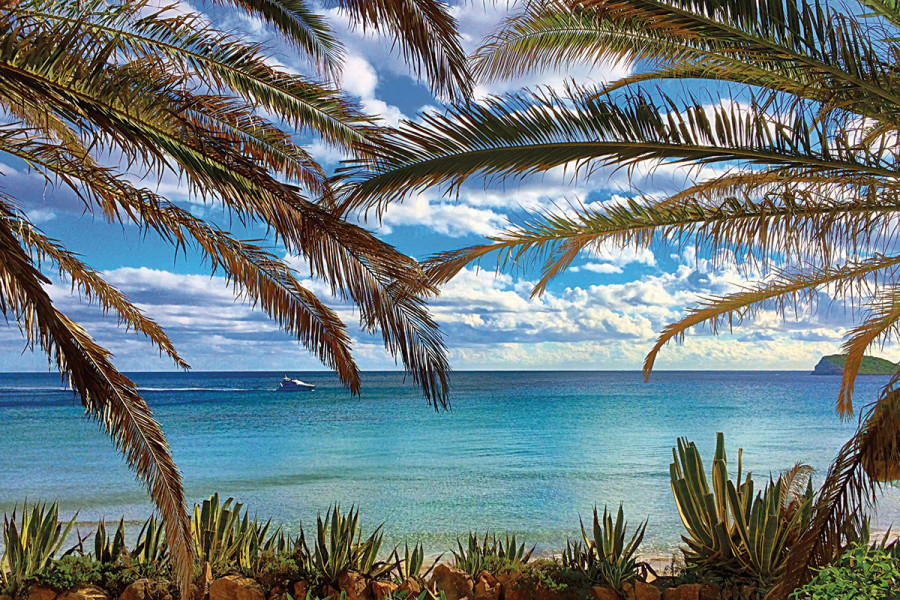 By Cat Weisweiller
Cat Milton, 44, and firm resident of Ibiza, has been tantalising the island, and way beyond, with her photography since 2011. If ever proof were required that iPhoneography (images captured on a mobile device) can be just as compelling and superior as traditional photography, Cat would be it. We hooked up with her to explore her journey to success.

Originally born in London, but Kenyan and Australian raised, her maternal grandmother was a keen and acclaimed photographer of Kenyan wildlife, but this is where any familial creative influence begins and ends. In fact, when Cat traded in her motorbike for a SLR camera in her mid-teens, she was horrified to discover that of the thousands of pictures she took, barely one made the grade. Leaving her with a frustration shared by many; namely that no matter how good or expensive a camera may be, good images are certainly not a given. By her mid-20s, she was ready to go at it again. Yet, regrettably, even with a yet fresher top-of-the-range camera, her burgeoning enthusiasm was again eclipsed by the same disappointing results. Fast forward to her mid-30s, when a defiant announcement that she wanted to be a professional photographer was met by her family and friends with an understandable measure of scepticism and caution. She herself admitted that she fundamentally knew absolutely nothing about photography, but was simply determined to “capture the beauty”. They tried to gently talk her down from her heightened ambitions, but to no avail. So, they instead grouped together and surprised her with the funds for a professional camera for her 40th birthday. Two months later Cat flew to Ibiza. Four days into her stay the Morna Valley was gripped by the worst fire in Ibiza’s history; devouring an area the size of 2000 football pitches in its wake. Having been off-island for the Benirràs fire just one year previous – with her family home in the area laid bare and unattended – Cat knew only too well the desperation of being helpless, clueless and so far away. So, barely giving pause for thought, she waded into the forests behind the fire crews and captured imagery and information to post on regular Facebook updates for absentee homeowners. There’s no doubt that her background in the British military set her in good stead for such a daring operation. Before any time at all, overseas homeowners were contacting her and asking her to check up on their houses. As the blaze was finally brought under control, Cat was inundated with messages of thanks from around the globe. She thought nothing further of her efforts; only too pleased to have been of assistance.

However, just before Cat departed the island, Pacha magazine got in touch requesting access to her images. Never in a million years had Cat imagined that her intrepid pursuits would result in three full-page images strewn across a large island publication – essentially meaning that in less than a month from purchase of her camera she was a published photographer! The rest, as they say, is history. Fed up with international headlines focusing on Ibiza’s clubbing scene, Cat set out to prove the world otherwise, by saturating the internet with scenic shots of Ibiza. The more her friends from overseas expressed surprise at the hidden depths of Ibiza, the more images Cat posted on social media; basically beating the world into submission with her stunning observational views of the island. Not surprisingly, Spotlight requested access to her catalogue, and soon after employed her as their Editor-in-Chief. As a roaming reporter, she increasingly cast aside the bulky camera in favour of her iPhone – easy, accessible, and delightfully covert. “People couldn’t, and still can’t, believe that an iPhone can generate such professional images.” From here, her iPhoneography took off. With such an extensive catalogue under her belt, Cat no longer felt bound by the need to use a bulky camera just to fulfil expectations: “What IS real photography? Does it mean we should never have left the darkroom? Every time there’s a new art form, it meets with ridicule and scepticism. Every creative medium has its limitations, the art is to learn to work with them. If images spark reactions, they’re valid. If iPhone images can do that, and they do the world over, then it’s real photography, and the purveyor is a real photographer.” Her images’ multi-viral presence on social media would certainly suggest the same.

By 2012, people’s fascination with how she was managing to capture iPhone images that so seamlessly emulated the quality of commercial photography led to repeated requests for her to share her knowledge. Her first three iPhoneography courses were bursting at the seams, and Cat soon observed with relief that, “Every single person that has had an inclination or urge to do photography, has shown themselves to have a latent skill.” Much as she had originally been intimidated by her own lack of knowledge, they just needed some encouragement and a guiding hand. Her courses have now expanded into 5-day intensives, the next of which run in October. For those not equipped to join, she kindly offers some useful tips. (All advice comes with the caveat that with any Android or iDevice older than three years old, top quality imaging may still be a struggle.)

1.     Before embarking on improving your photographic skills, understanding composition – including the “rule of thirds” – is well worth a little research online. Though even with such things, Cat adds that, “Although it’s called ‘a rule’, it’s just a guideline, feel free to run with your intuition, as you would with editing the images afterwards.”
2.     Know that photography very seldom portrays what you see with the naked eye, or the emotion that the vision originally evoked. This is where using your editing tools are crucial.
3.     Never be too quick to dismiss an overall image, look deeper and crop in to its “point of beauty/interest” – i.e. the very thing that captured your attention in the first place. Moreover, if it’s not evoking the same emotion as it did in real life, again use your editing tools to adjust its tone/ambience.
4.     Whenever you see something that grabs your eye, capture it immediately from exactly where you’re positioned, only later seeking out a potentially better angle.
5.     Always look for the light, and where possible reposition your subject into it.
6.     Don’t be afraid of your edit, it’s your moment, and entirely subjective. Be true to yourself by retaining your own creative integrity. You can never please everyone.
7.     Editing can take place on the device itself, whether it be an Android or iDevice. The more up to date your handset, the greater the range of apps available to you. Cat recommends downloading Snapseed, a free editing app. For those wanting to up the ante, she recommends buying the ProCapture app for Android phones and Camera+ app for iDevices (Cat cautions that this is not to be confused with CameraPLUS!). Both apps are designed for taking better quality pictures than the native camera application on your device.
8.     And finally… Avoid photographing with the Instagram app – its colour tone is off and resulting images are very low resolution. •