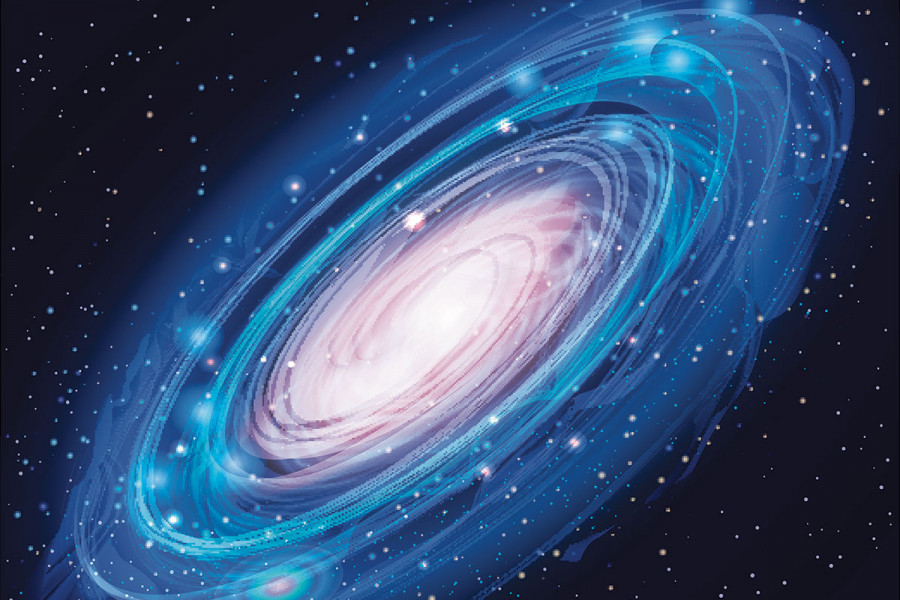 By Jerry Brownstein
Where did we come from? How was the universe created. These are among the great questions that have puzzled humanity for ages. Conventional science would have us believe that the universe started with what they call the “Big Bang” about 13.7 billion years ago. According to this theory, our entire existence suddenly exploded into being out of one very tiny speck of matter. What began as just a theory has gradually hardened into a scientific dogma that most people accept without thinking… but something about it just doesn’t seem quite right. It is true that there is mounting evidence that our universe is expanding, but believing that it randomly arose from a bit of dust goes against one’s common sense. Of course common sense can be wrong… as when ancient people believed that it was ridiculous to think that the Earth was round… but that doesn’t mean that all common sense is nonsense. Our universe has billions of galaxies… and each galaxy contains billions of stars and… well you get the picture… it is vast and boundless beyond our comprehension. So it is very difficult to believe that all of this resulted from the random explosion of one pinpoint of mindless matter. In fact, looking at the finely-tuned mechanisms that had to be in place for the universe to exist provides very convincing evidence that the birth of our material world was much more than just a happy accident.

Can you conceive of something being accurate to one billionth of a degree? This was the standard of exactitude that was necessary for the universe to form as it did. If the rate of expansion had been one billionth of a second slower it would have eventually collapsed back on itself. Had it been one billionth of a second faster, everything would have dispersed so quickly that only cold, diluted gases would have formed. The slightest fraction of a difference in multiple factors would have meant that the universe as we know it could not possibly exist. For such a complex system to successfully evolve from an explosion in space requires much more than blind luck. Mathematician and physicist Fred Hoyle likened the possibility of life randomly emerging out of the Big Bang to the chances of a hurricane passing through a junkyard and constructing an airplane out of the whirling mass of the parts.

The closer you look, the harder it is to believe that our universe was the result of a random accidental explosion. In fact it appears much more likely that it arose through a process that was well organized and filled with intention… so how do we explain this? Traditional cultures believed in some form of deity that was the moving force in creation and in all subsequent events. However, with the rise of science in the 17th century those old beliefs came into question causing a great debate between creationists and scientific materialists… a debate that continues to this day. Basically, the creationists have been saying that there is an all-powerful god that is responsible for everything in the universe. On the other side is material science which tells us that the universe can only be understood through knowledge of its physical parts. In other words, matter is all that matters. Neither of these viewpoints is complete because they both look at the world from a limited perspective: to creationists everything is completely spiritual; to materialists everything is completely material. But the universe is not so easily categorized; it is neither totally spiritual nor exclusively material; it is both. Perhaps we can reach a better of understanding of how our universe came into being by integrating science with spirituality. To see how this works let’s assume, for argument’s sake, that there actually was a Big Bang. This assumption still leaves us with one very simple question: “What was there before this grand explosion?”. If the entire material universe started with a Big Bang, then there must have been some kind immaterial existence prior to that. From this immaterial source… from No-thing… was created the entire universe of… Every-thing. How did this happen? Conventional scientists do not have a good answer for this question, but some of their more adventurous colleagues just might. The Italian physicist Paola Zizzi has developed a theory called the “Big Wow” which proposes that we are not the result of a random material process, but of something that was more like a “thought”. She envisions a “Field of intelligent consciousness” that created the “idea” of our universe… an “idea” which was infused with the information that allowed it to take on physical form.

This “Field” is very similar to the concept of “oneness” that mystics and sages have spoken of throughout history, and now the leading edge of science is exploring how it works. What they have discovered so far suggests that we are all connected to everything in the universe through this field of consciousness. That means whatever affects one thing also affects everything else… whatever affects you affects me. The implications of these discoveries are enormous because they open our minds to new ways of thinking and being. Knowing that we are all connected to each other awakens us to our true nature of compassion and cooperation.

Understanding that we are one with the very source of the universe makes us aware that we are part of an awesome and infinite creative process. Embracing this role as co-creators empowers us to write a new story of humanity… a story that can lead us to “the more beautiful world our hearts know is possible”… to a new beginning… •